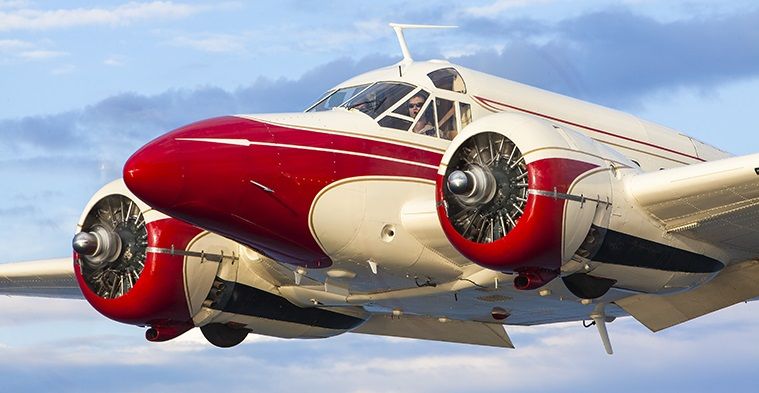 Flying around downtown Los Angeles in our 1957 luxury airliner with friends is a magical experience to share together. Los Angeles is the 3rd largest economic center in the world. Marvel at the scale of the buildings as you enjoy them up close and personal from our vintage aerial perspective. You will be looking at the tallest skyscraper west of the Mississippi, the U.S. Bank Tower. This incredible building was completed in 1989 for $350M. It stands 1018' high, has 73 stories, was designed to withstand an 8.3 earthquake. The U.S. Bank is the tallest building in the world with a roof-top heliport. Feel the power and the influence of our great city's center as you experience the beauty and elegance of Downtown Los Angeles from the air from our vintage aircraft. This is a particularly magical experience at sunset and at night. 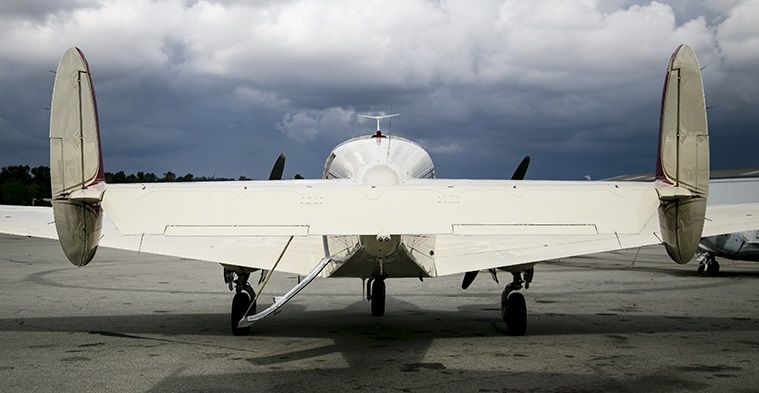 Fly over our nation's 2 busiest ports from 1,500 above the docks. View the glamorous Queen Mary ocean liner, built in 1936, as a trans-Atlantic passenger cruise ship. This amazing ship was the winner of the Blue Riband in August of 1936, for the fastest average speed across the North Atlantic. She sailed from Southampton, England for the last time in 1968 to be permanently moored here in Long Beach, California. Fly over the 1st and 2nd busiest container ports in the United States and view the USS Iowa parked near the Vincent Thomas bride on the west side of the harbor. You will be able to enjoy the immense scale of the Port of Los Angeles and Long Beach Harbor, which together, import and export more than 7.8M containers worth more than $336B each year. 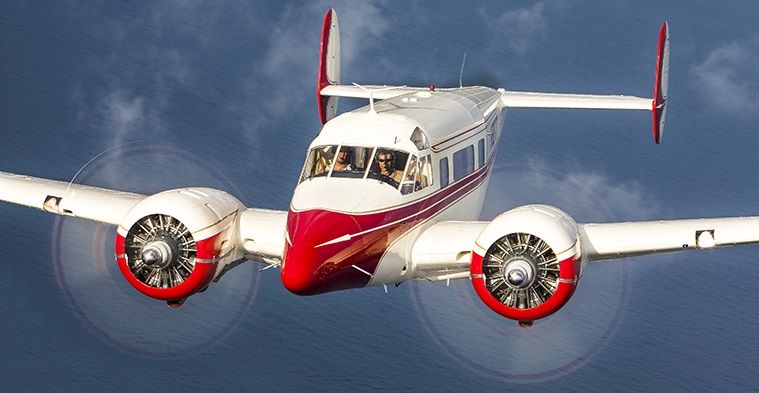 Explore one of the most famous and expensive beach communities in the world. Affectionately known by those who live here as "27 miles of scenic beauty", Malibu is home to many of the entertainment industry's biggest stars. It is a very private city and can only be viewed properly from the air.

As you gaze down upon the steep sandstone cliffs that plunge violently to the sea from the cockpit of our majestic open cockpit biplane, you can almost imagine yourself as a movie star from the 1930s flying low over the homes of your fellow colleagues.

On the way back you will have a gander at the world famous Hollywood Sign, erected in 1923, in 45' high letters, so that it can be seen from many miles away. We will then fly past Griffith Park Observatory, opened in 1935, home to the Foucault Pendulum, and a 305 mm Zeiss telescope. Then join the downtown tour and marvel at the size and beauty of our cities center on the way back to the Fullerton aerodrome. This tour is particularly special at sunset and at night. 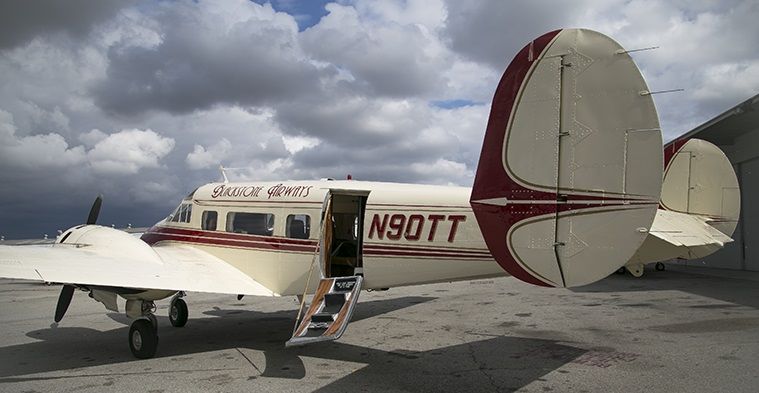 Visiting Catalina today is like traveling back in time, to the 1940s. While we are circumnavigating this ancient 22 mile long island at 1,500' you will begin to understand why Catalina Island was chosen to become the only Channel Island to be commercially developed as a resort.

It is a very special place with its stunning jagged coastline filled with many private beaches, rocky shores and hidden coves, some of which were used by pirates and smugglers to stash their loot over 300 year ago. We will fly over the interior of the island as we traverse along its rugged ridgeline in search of its small population of about 150 wild American Bison that were brought to Catalina Island in 1924 during the making of a movie.

We will then marvel at its stunning 1,000' shear cliffs along its desolate and secret "backside," best known for its world-class dive sites, its majestic and rare kelp forests, that only grow in a few places in the world that are home to an abundant population of many types of fish like the giant sea bass, the bat ray, huge schools of flying fish, sardines, barracuda and the occasional leopard shark. We will over fly the famous "Airport in the Sky" that was built in 1946 on a plateau 1602' up near the islands center so that people could get into and out of the island faster and more efficiently than by boat. On the way back towards Fullerton, we might even catch a glimpse of a pair of blue whales or a mega pod of dolphins feeding at the surface.

We will join the Queen Mary, Long Beach Harbor & Port of Los Angeles Tour to finish the experience. This tour is not to be missed if you are seeking to get the most adventure and best value for the money. This package is best enjoyed with friends late in the afternoon and finishing with a view of the city lights and touching down at the Fullerton Airport at sunset.